Today, more than any other time in history, getting a job depends on whether you can access ‘hiring dens’ that take the form of exclusive invite only clubs. People hire people they know. With the economy producing lesser and lesser jobs, human nature will dictate that these hiring circles will grow thinner and thinner. However, majority of our youths still require jobs and do not have access to godfathers (the shareholders and proprietors of these hiring circles). This article attempts to empower those graduates craving to join these circles at least to overhear of a job opening somewhere. I am sharing my perspective of an age old skill that if revived could lead to cultivation of one’s own godfathers. I am talking about the ability to network objectively. 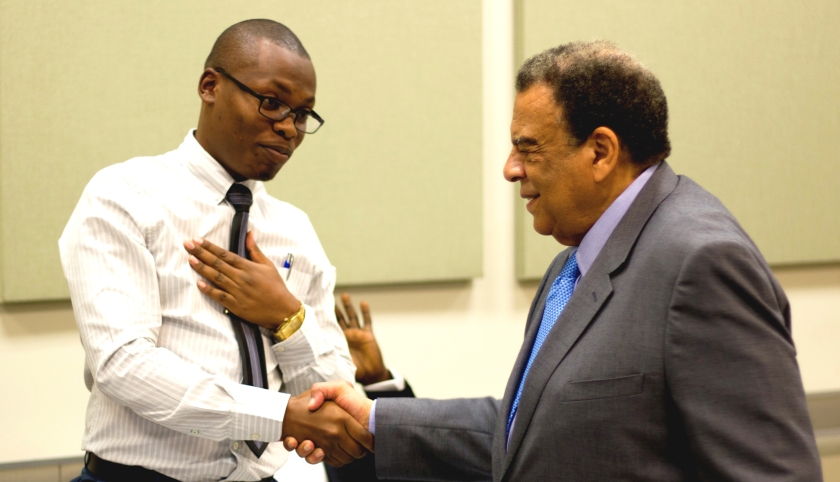 It is also a shame that sometimes it is not even a real opportunity but PR exercises of not so sensitive employers. Quick math; to get employed you may want to hunt the bigger 80% cake than be slaughtered trying the 20% cake. But how do you do that?

Simply put, the 80% is reserved for people with ‘godfathers’ -and who are they? Uncles and unties (fake or real) in the know of who and how. Could I be promoting the much frowned at practice of tribalism or nepotism by painting godfathers as desirable to have? Not at all! First, I have realized there are very logical reasons why people hire people they know such as the insufficiency of an interview length in knowing an applicant well enough. Being referred is usually an interview of some sort – a credential in itself. My second reason has to do with how I define a godfather. A ‘godfather effect’ is the value that accrues to you by virtual of association in a symbiotic relationship. In this state you allow people to use a resource you have while they reciprocate – only that godfathers have more resources such as specific knowledge, networks and experience that can land you a job.

Clearly then, you need a godfather – and to get them you need the requisite skill to build a network of people whose value to you produce a ‘godfather effect’. Again, how do you do that?

As a context, one must appreciate that in modern times of jobless recoveries hiring happens in whispers – difficult to eavesdrop and crafted using insiders’ pidgin. I compare a job seekers experience to that age old frustration in primary school when classmates passed meticulously folded notes past you, leaving you dead curious (sometimes envious of the insiders). They would later walk out in a huff; so excited while your self esteem was taking a dive. Am sure you recall almost begging ‘take me with you’ or if you were among the rude ones, making a nasty comment to them – point is you were still left out of the party. This experience can give us few pointers about networking for results:

1). TAKE THE RISK
Remember, hating on the group did not help, it simply ate you up at best. For those of us who felt the appeal of being part of the group was too high to miss out, we took the risk of being friendly. Rejection was as real as our envy but being left in class (sometimes alone) as others shared life was worse.

In equal measure, take the risk of approaching new people to join their networks. The risk of being left behind as others get career referrals is much bigger. Furthermore, most people are more civil than we give them credit for. I recommend a culture of approaching people.

2). ENTRY POINT IS KEY
Timing and isolation was key – you may have noticed that the perfect entry point to the group was never showing up as the team shared its intimate stories, but rather isolating a team member who seemed likable or who at least hadn’t laughed at you as hard as the others. Approaching the entire group would have been sneered off and rejection was guaranteed.

In equal measure I would be hesitant to call walking into a HRs office, introducing yourself and saying you want to learn about the company networking.  Because people guard their inner circle if you find the operating within it – it is wiser to attend outdoor events where corporate professionals attend. These are safe chatting zones to commence growing a symbiotic relationship.

3). REMEMBER PATIENCE
Even nature goes to a great extent to discourage us from instant gratification- that is why it doesn’t rain rivers or shine at 100°C. We also learnt this in our class dynamics – even after admission to this group it was rare that every member liked you instantly neither were you to be part of all their secretes right away. You patiently warmed your way into their hearts mostly by having ‘sweet secretes’ to share; whenever we attempted to be recognized too soon the clause of ‘recent membership’ was invoked and we knew we were on a ledge.

Similarly, you must earn a right and trust to access the value of another man’s network. The only proven way is usually to show up with some value yourself. Start networking early enough especially when in school, learn what is to be learnt and nurture the relationship. Actively find out what value you can bring to the network; deliver what you promised and you will be ushered in progressively.

4). NEVER BE THE NEEDY NET WORKER
Speaking of value, remember that appearing needy does not endear you to anyone. It just makes you inimical to the ideal team member. If you ever begged to join the group, you were mostly written off immediately and even if a member had mercy on you, you joined the team under ‘irredeemable circumstances of inferiority’ – that is, you were always at the mercy of someone and quite frankly your ‘recent membership’ clause remained permanent.

Lastly, we must treat networks as a second certificate (it is an alternative credential) if we will succeed in this information age. To learn more of this skill and how it can add value to employment check out UReady – it is a post-employment graduate skill development we launched to equip recent graduates and university students with this networking skill among others.

Check out our course on ‘Networking – for those Without Godfathers’. Click on http://www.ureadyafrica.com

A consultant strategy and capability development - a trainer drawn to the magic that is the knowledge in people. I am an emmerging thought leader in the sphere of workorce development who uses my industry wide experience to prepare pools of talent View all posts by Simon NDIRANGU MWANGI